Across the years I have consistently drawn a series of mascot characters —two boys first, then two boys and a girl— that have been my cartoonish alter egos for the better part of two decades. It happens to most cartoon artists — one day you get to create a character that really gets into you and get to draw over and over and over and... when you realize it, they are already part of you and actually become you in some way.
After many years of inconsistently naming the boys above I eventually settled on Daniel and Elias. Why? Don't know exactly, I guess I liked the names and that's it. While they have been longtime friends, sometimes they look more like brothers, and at least one of them is adopted (don't know who, yet). But they've been together for so long, they are probably used to each other's ways by now.
Daniel
Let's start with the oldest one. Although Daniel is almost 25 years old, the time-bending rules of cartooning have turned him into a perennial, hyperactive 8-year old kid. On the earliest drawings of the character (dated 1995) I named him Otto, which honestly sounds too foreign in my Latino context. Daniel is more of an universal name and it happens to be also the Spanish name for the character Dennis from Dennis the Menace, with which our Daniel shares more than some traits.

Personality: Daniel is arguably the most extrovert, mischievous, troublemaker-yet-goodhearted part of me. An hyperactive dynamo that often acts first and thinks later, which sometimes gets him in good trouble. Not much of a reader, but a kind, easygoing listener; a natural at making friends and to become one. 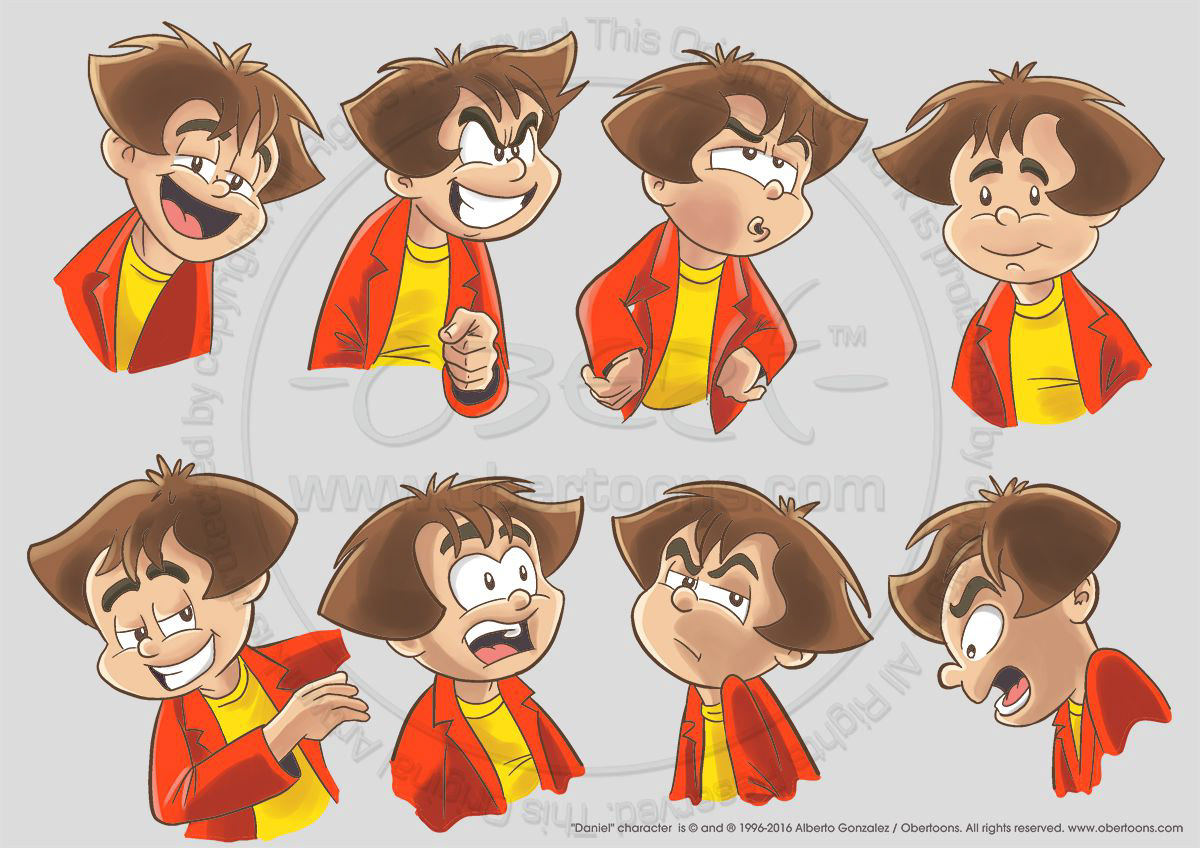 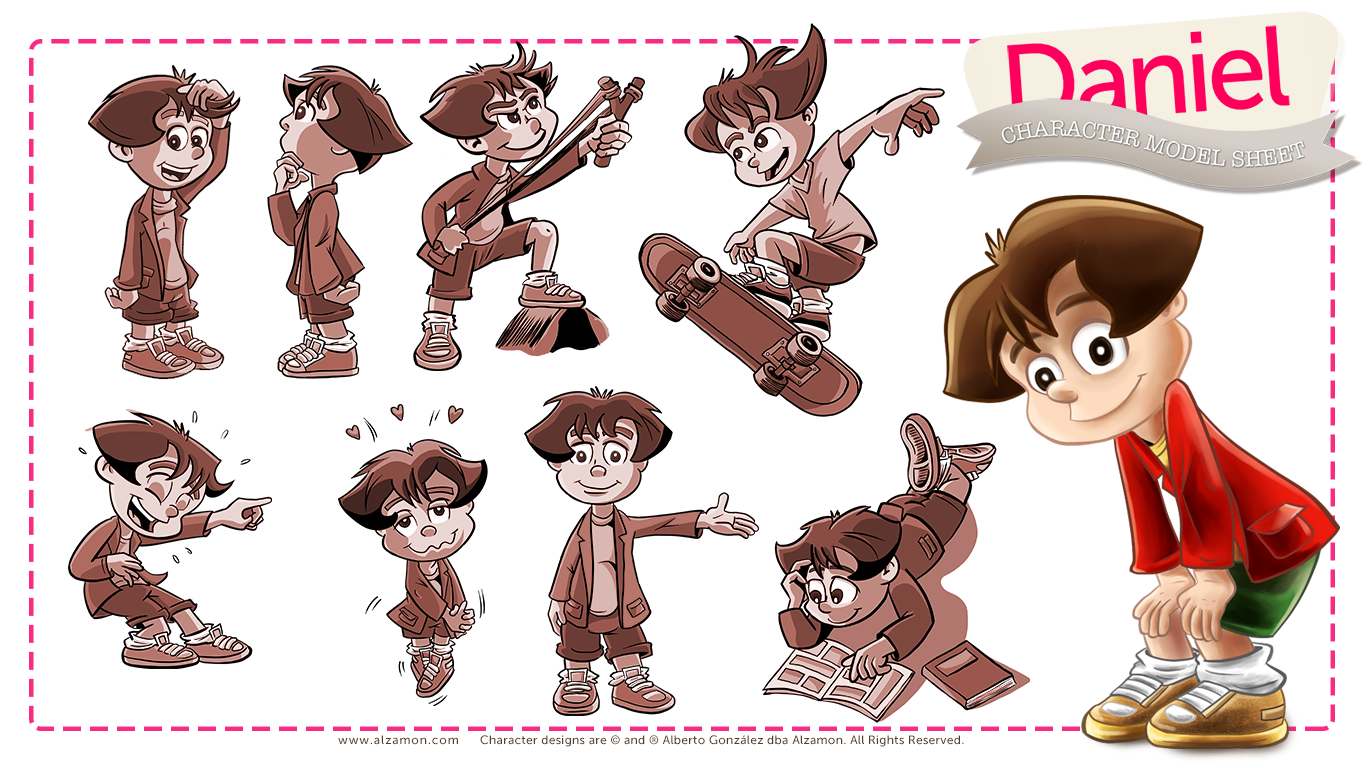 Elias
In contrast, while Elias is roughly the same age as Daniel's, he is quite an opposite character. If Daniel is the yang of the equation, Elias is the yin. A typical geek kid with the requisite heavy glasses (I actually find kids with glasses cute), and wisdom well beyond his years thanks to lots of book reading and Internet research, Elias is the shy type more at ease with computers and virtual friends rather than real ones. However there's always Daniel by his side to keep him from becoming a nerdy basket case.

Susana
I have to confess that giving personality to a girl character has been quite a challenge to me. With the boys is easy - being a man, I know how they are supposed to behave and react based on my own life experiences. However, I feel it is important to bring some gender counterpoint to the mix and the result has been Susana, a girl about a year younger than Daniel, with an outgoing, playful yet strong personality that proves a challenge to Daniel, who has an on-again, off-again crush on her. Feedback of parent friends and colleagues with daughters has been invaluable.

Below: Some older (way older) versions of the character before settling on her current form. I think the earliest ones are circa 2011. 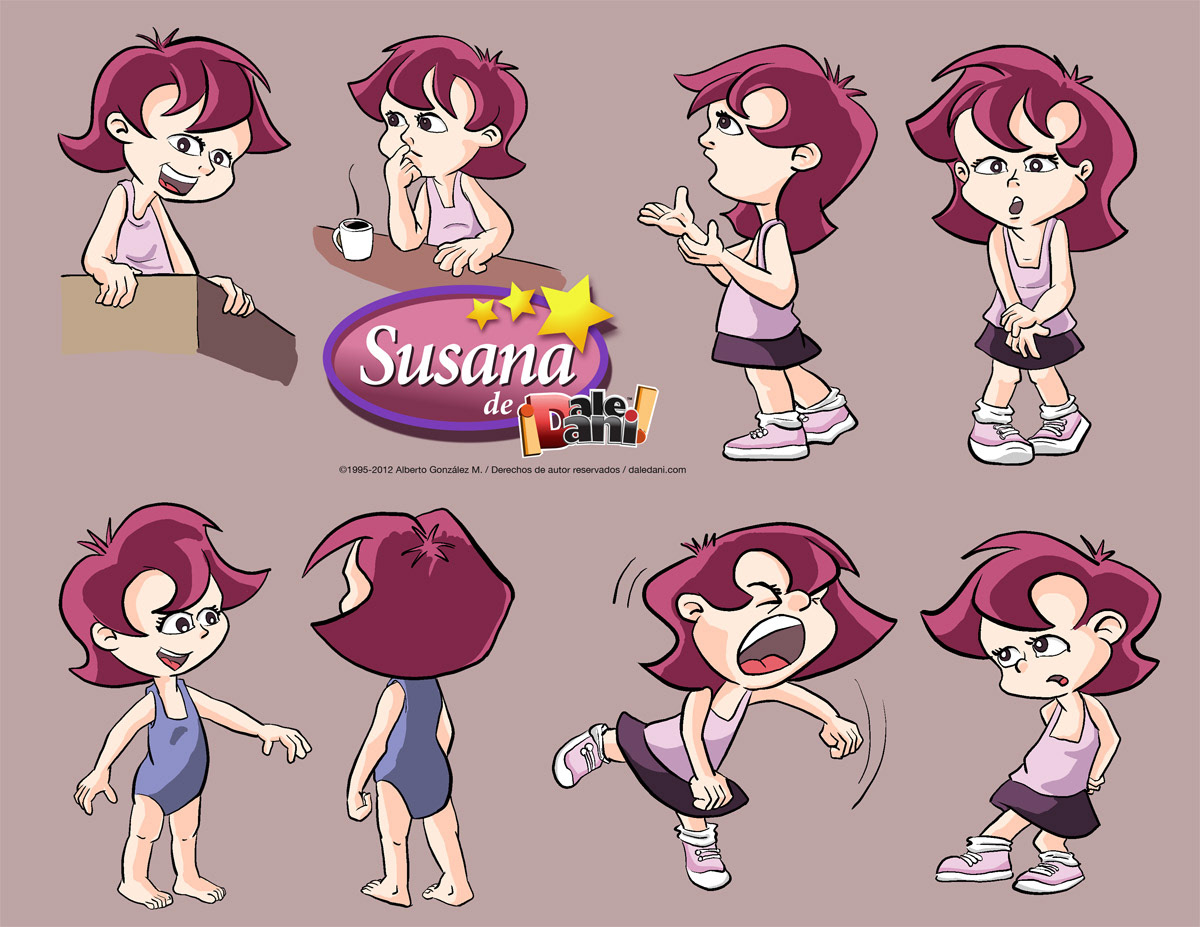 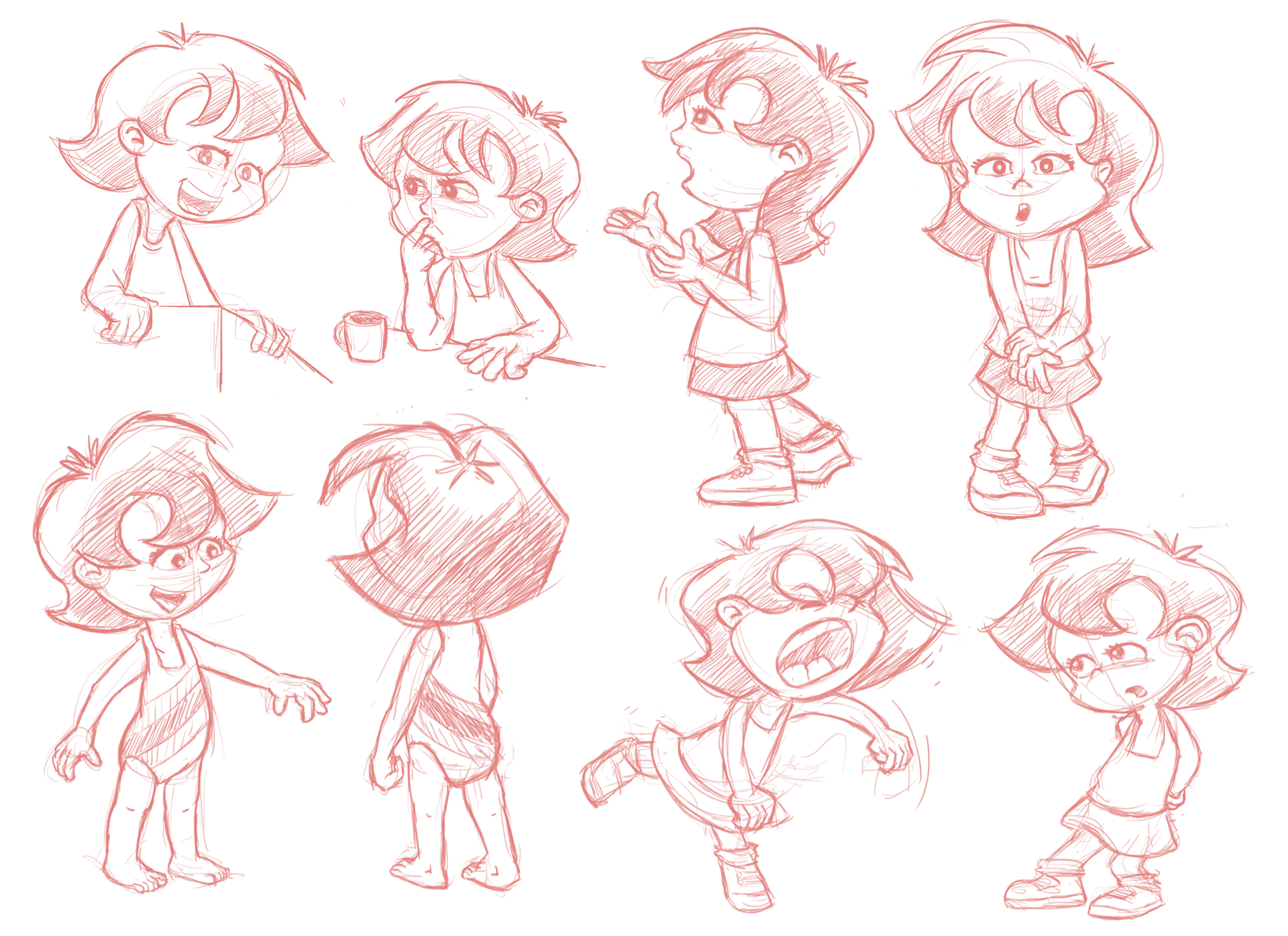 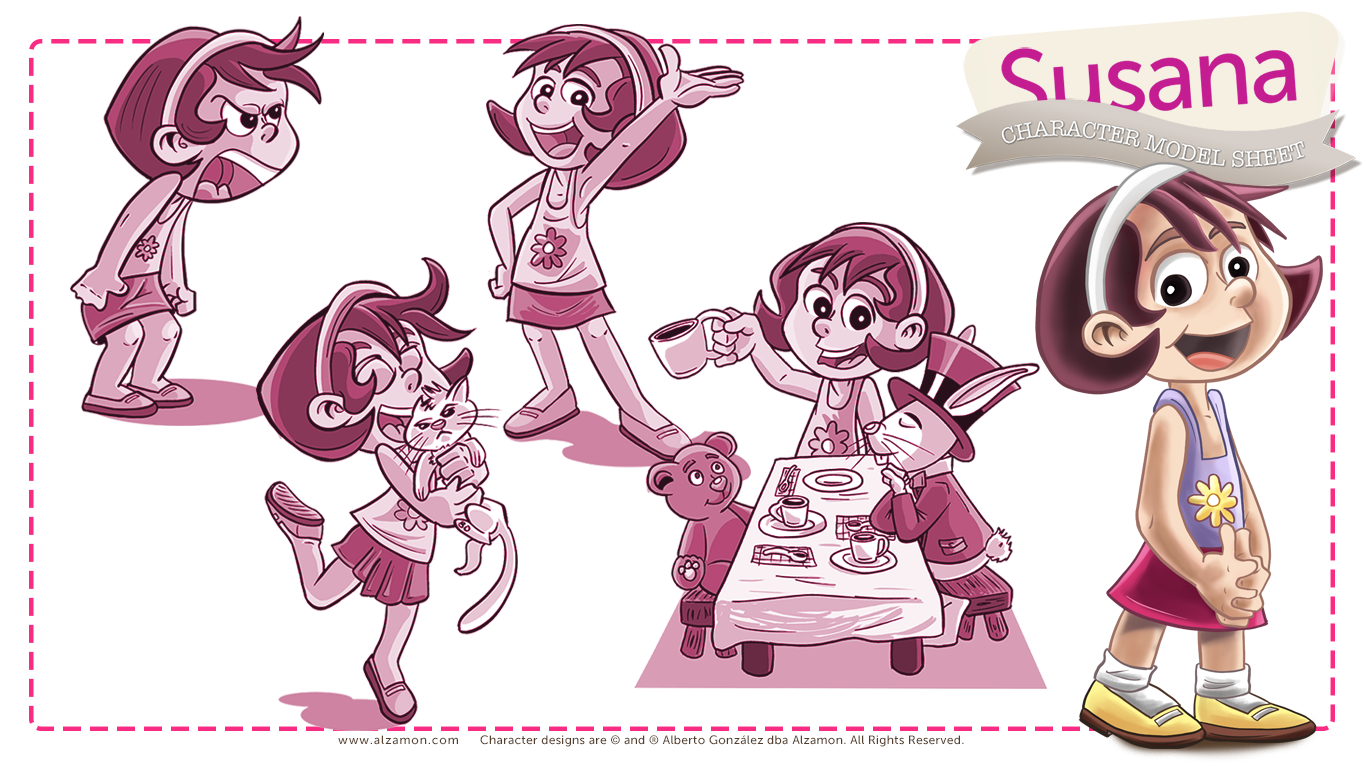 Illustrations
Daniel and Elias are present in many illustrations I've done over the years, and of course they've gone places. 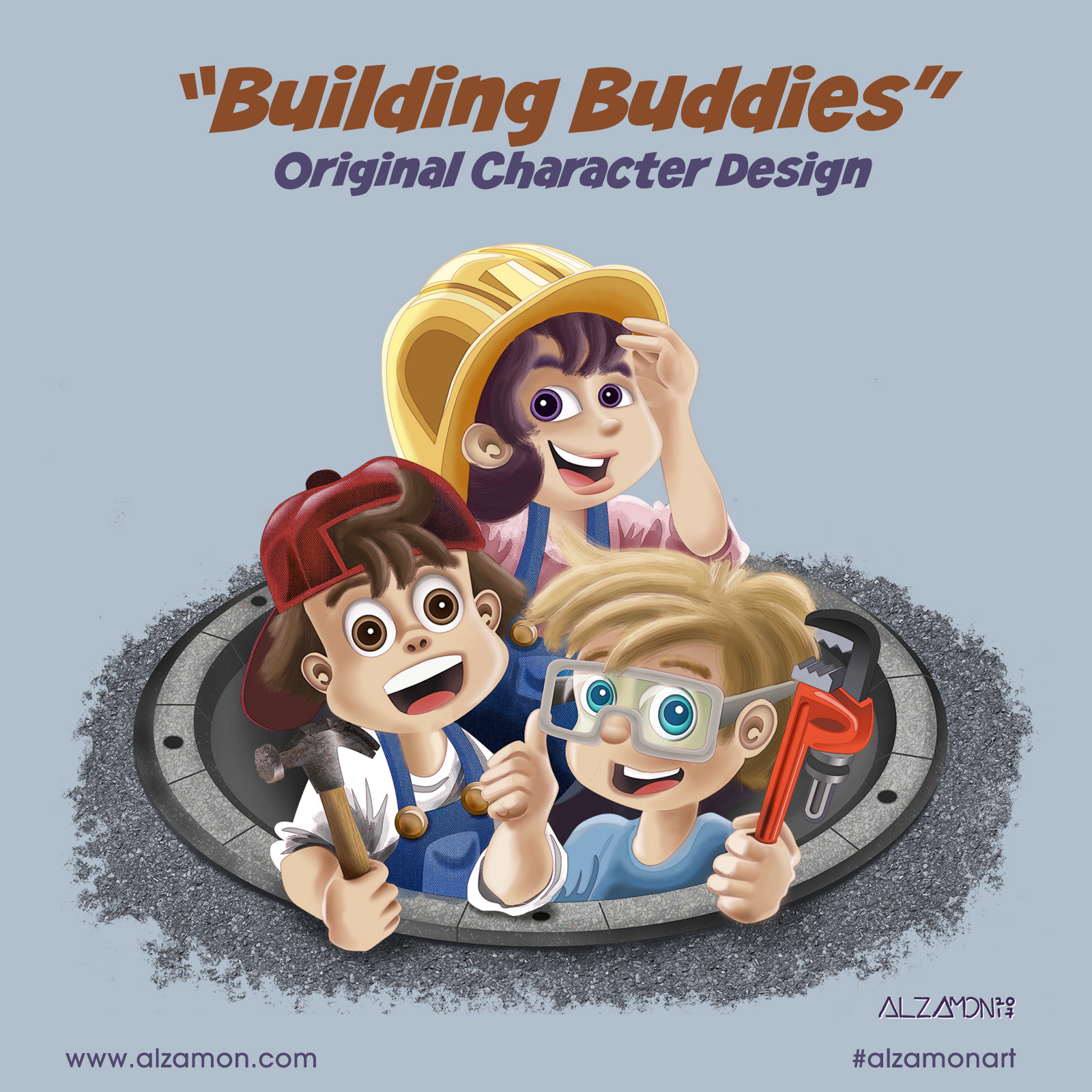 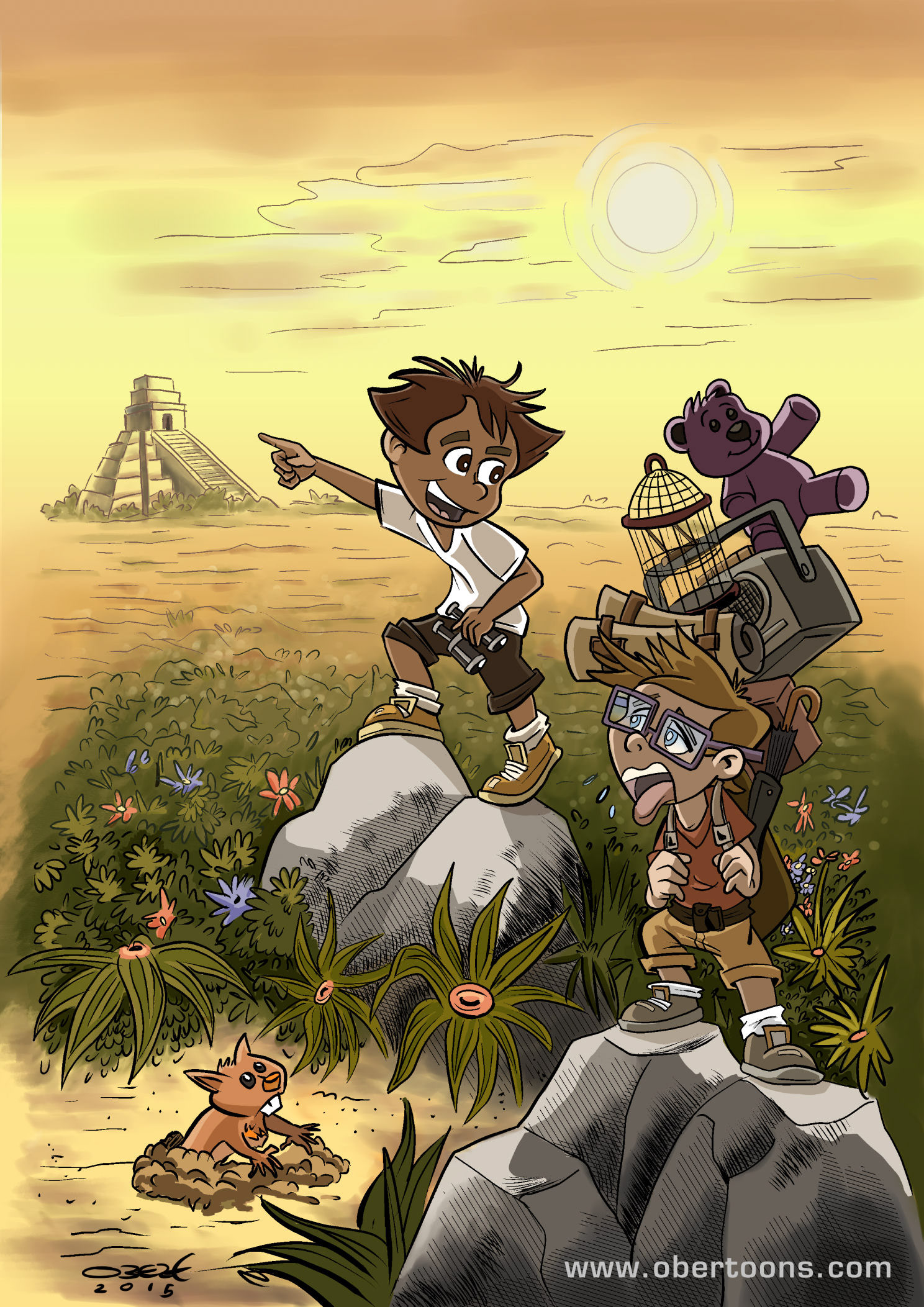 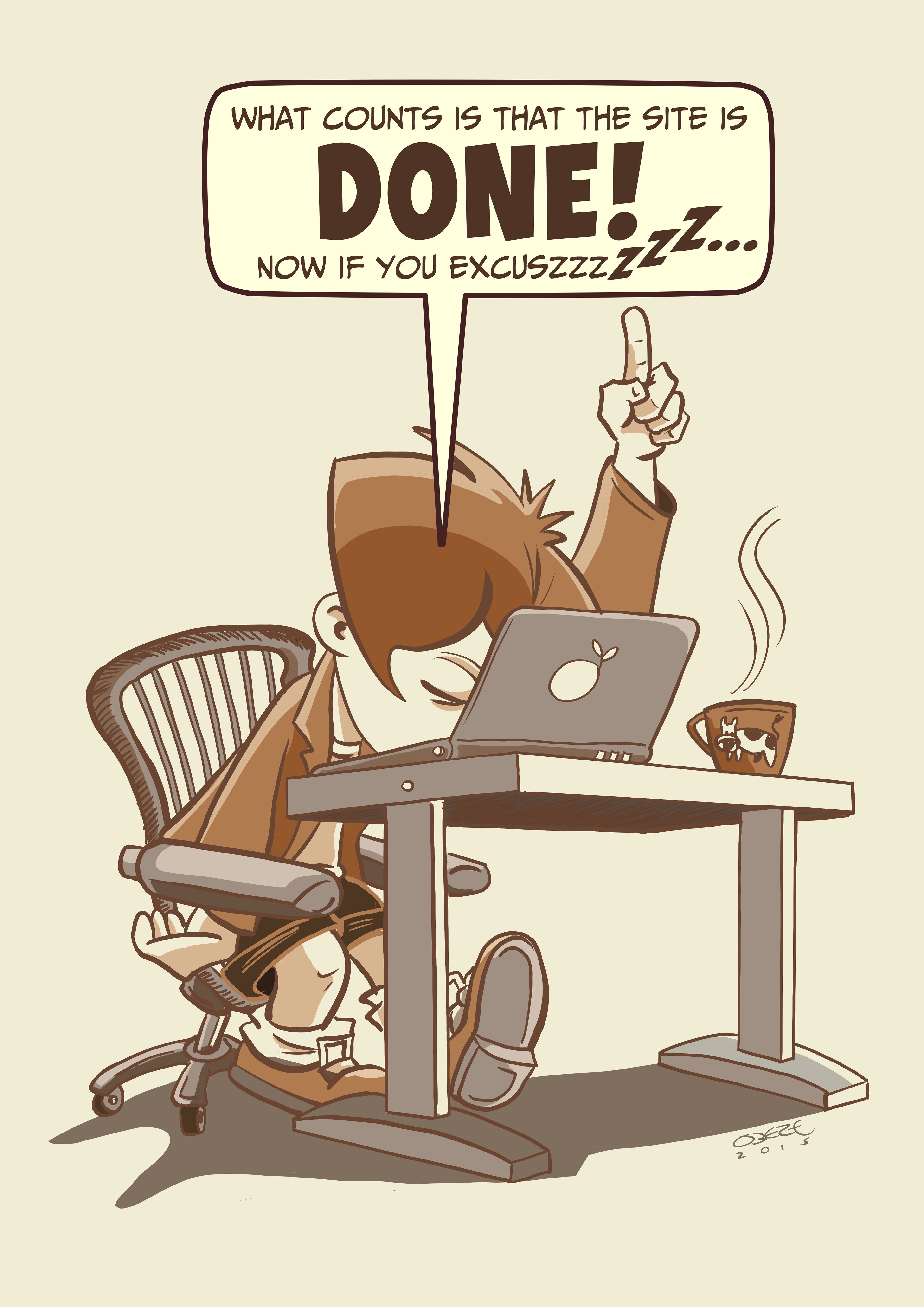 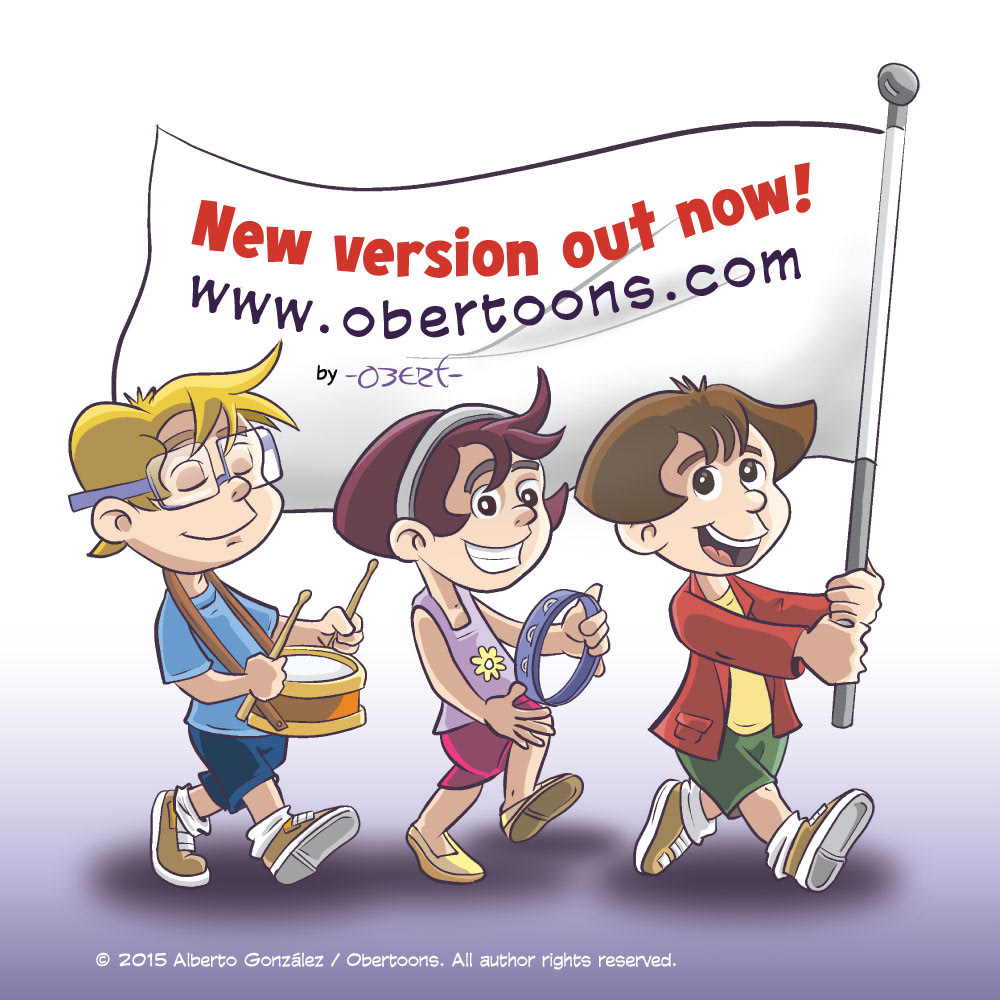 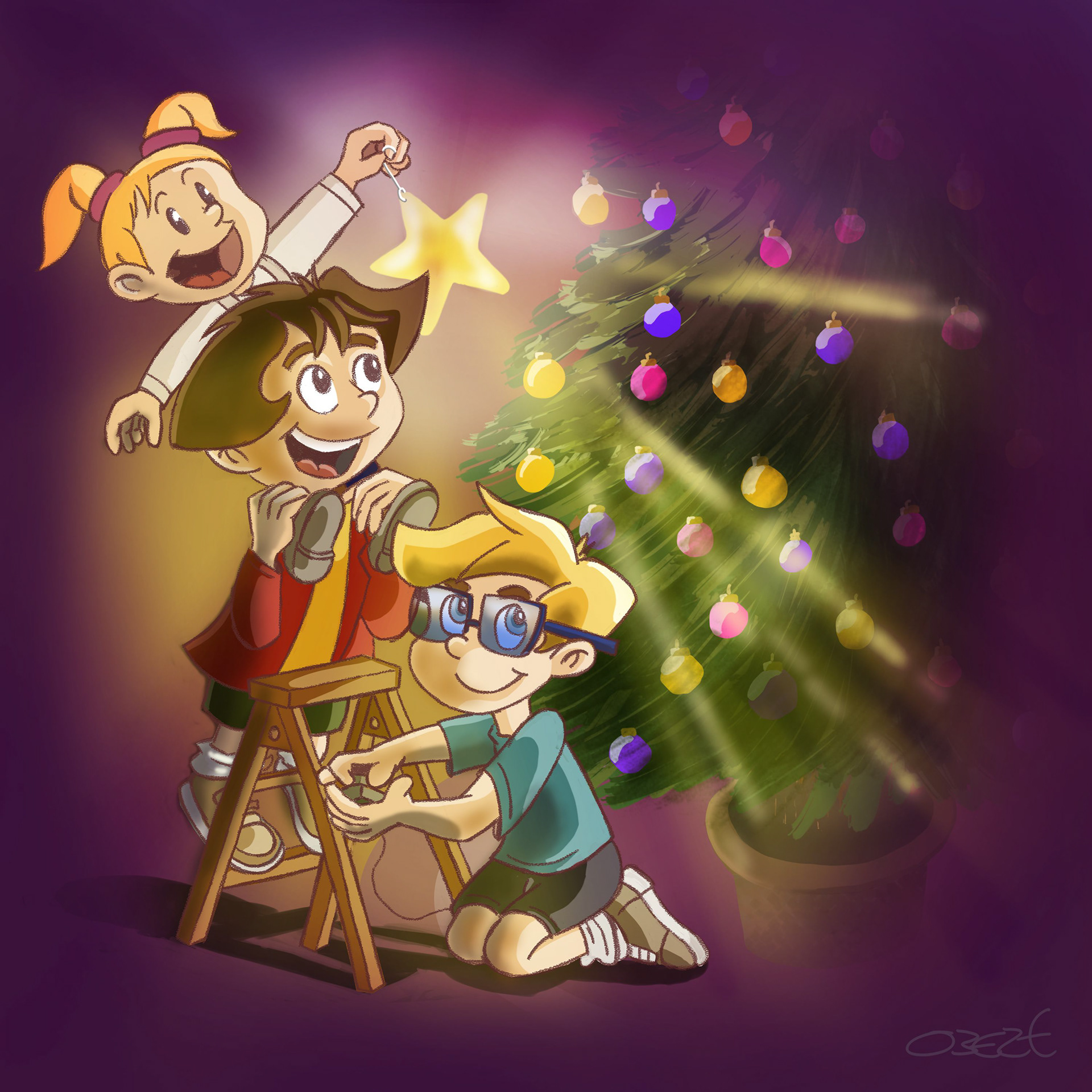 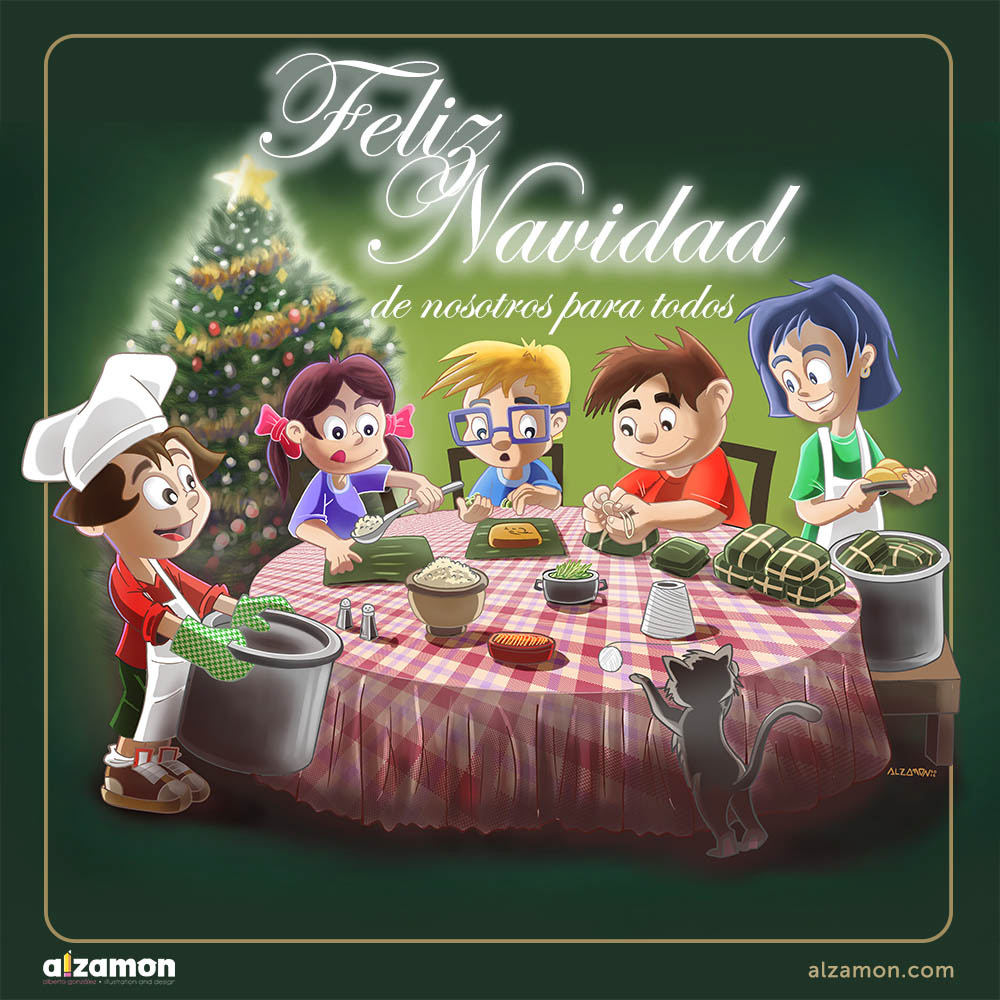 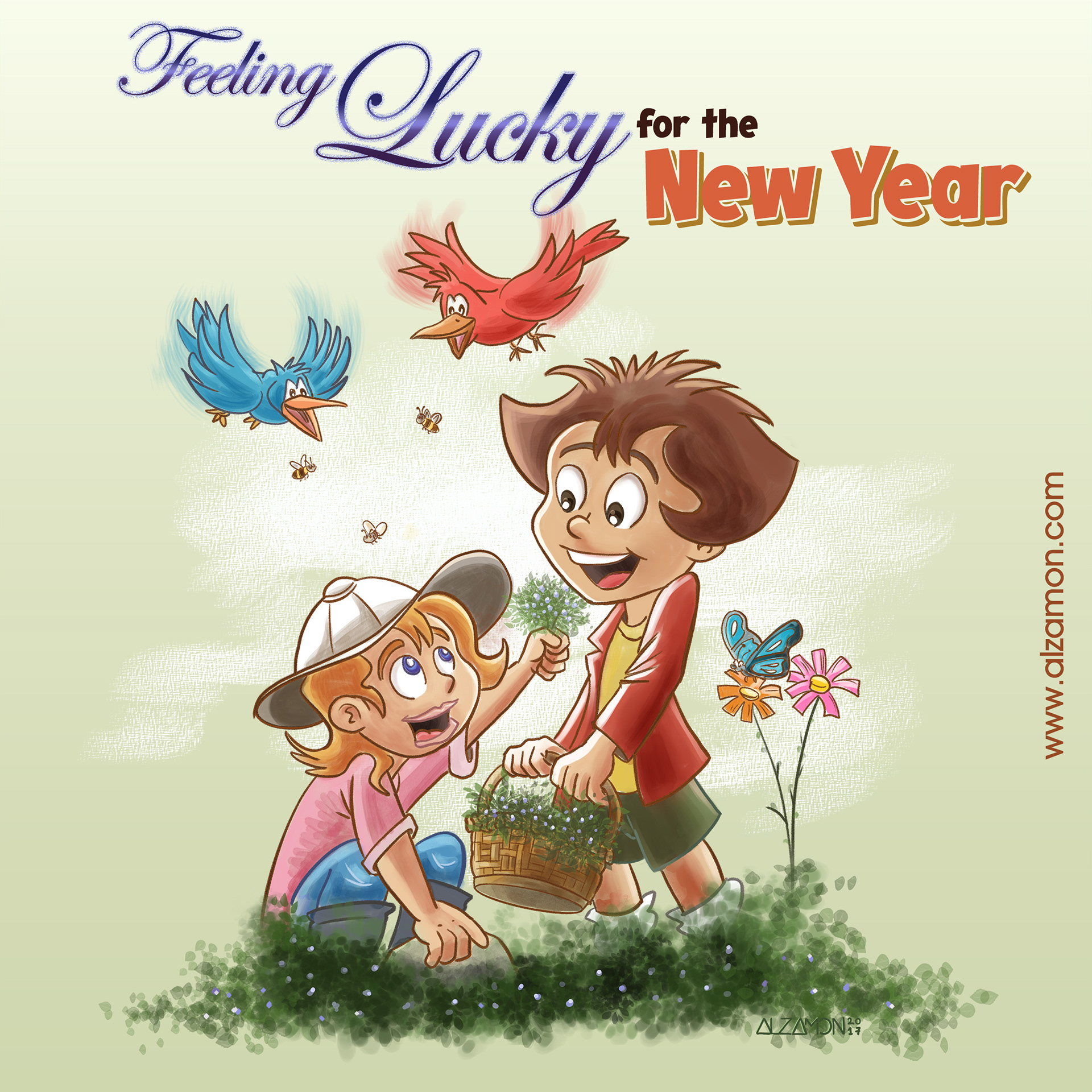 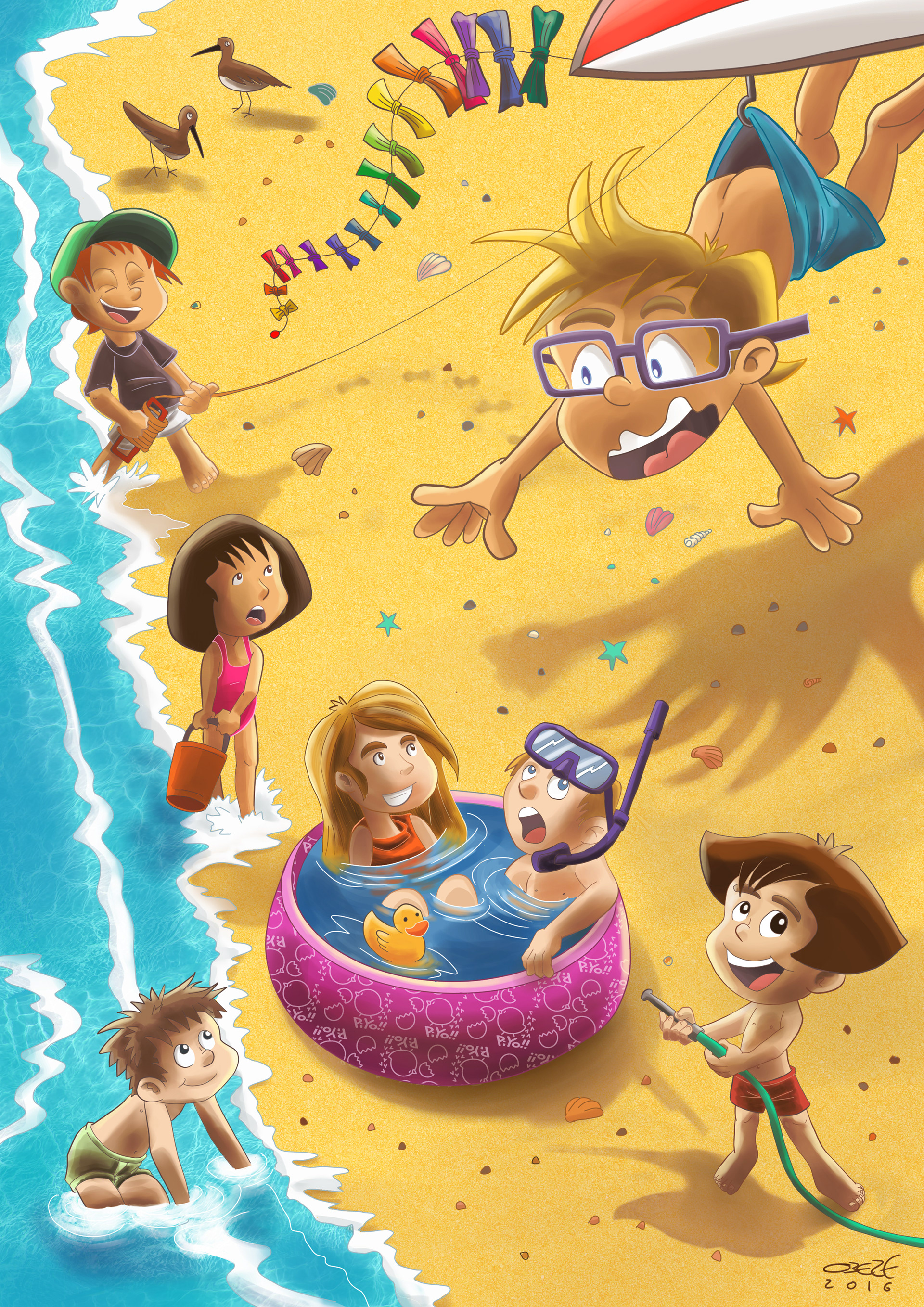 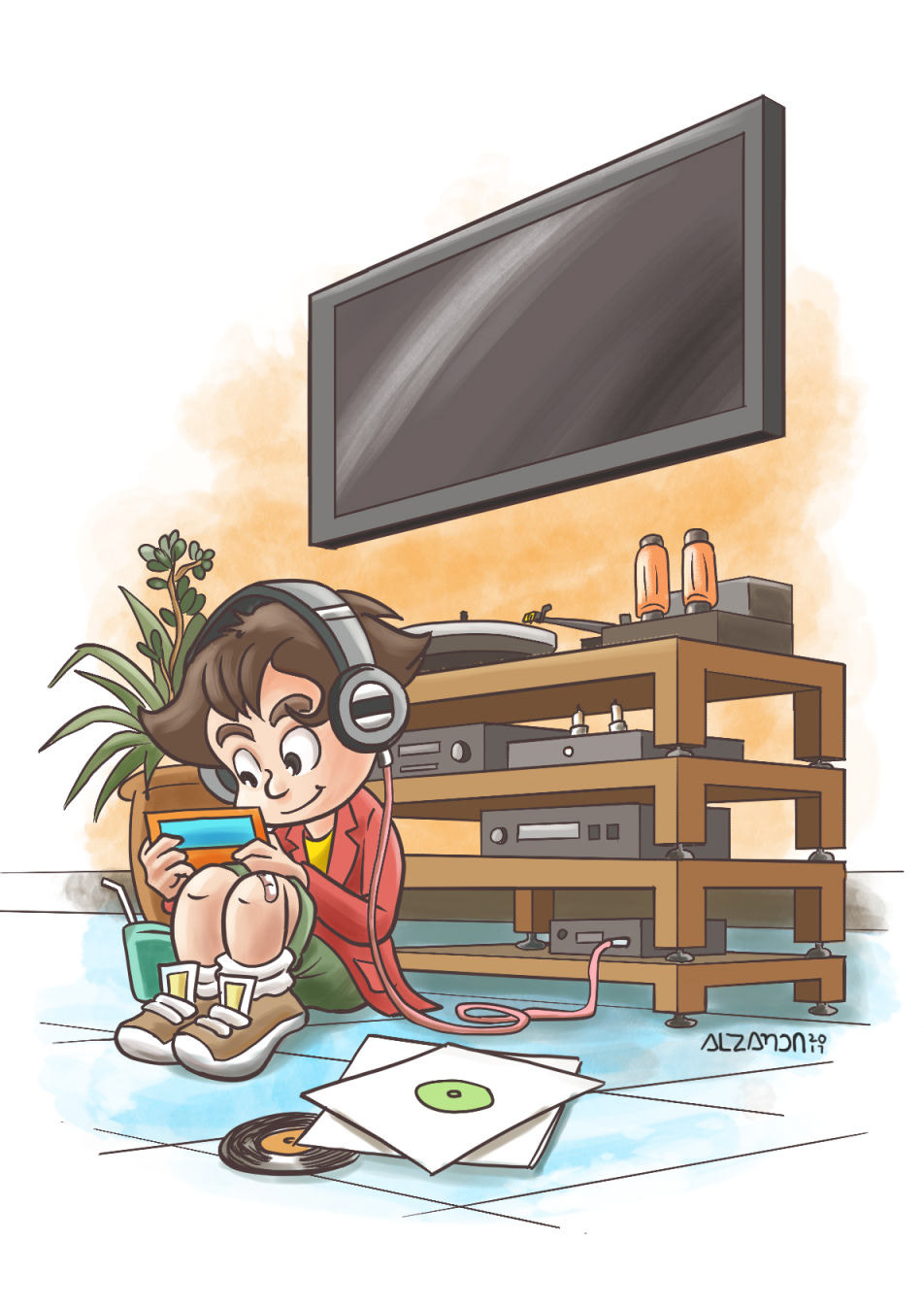 Comics
So far, Daniel and Elias have had a few appearances in comic form. First under a short-lived strip conceived for webcomic named Dale Dani (Go, Danny) published in 2011:

Believe or not, this is what living in the tropics feels like pretty much every day of the year.

Then on this one-shot story from 2014, with more defined characters and introducing a girl, Susana: 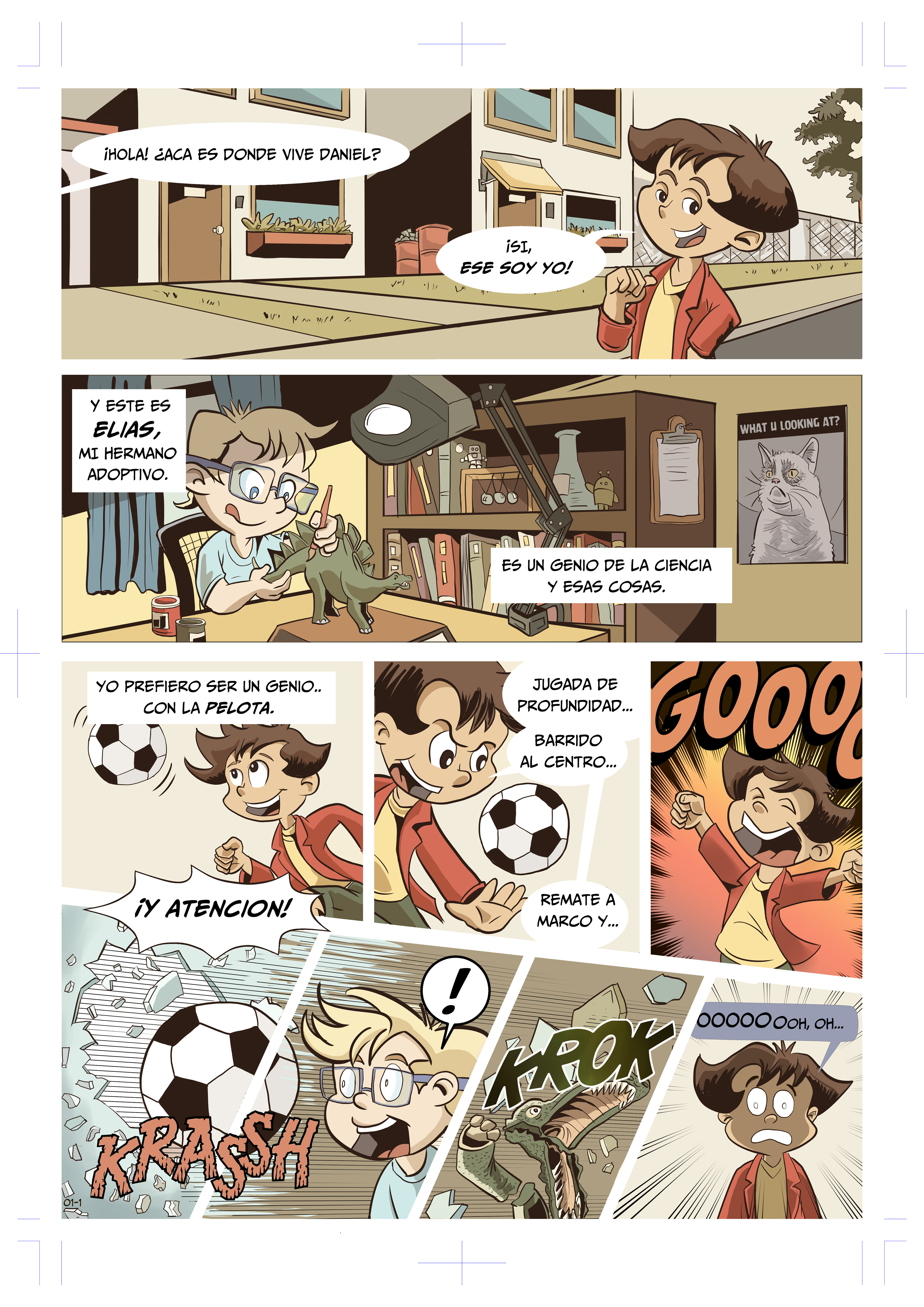 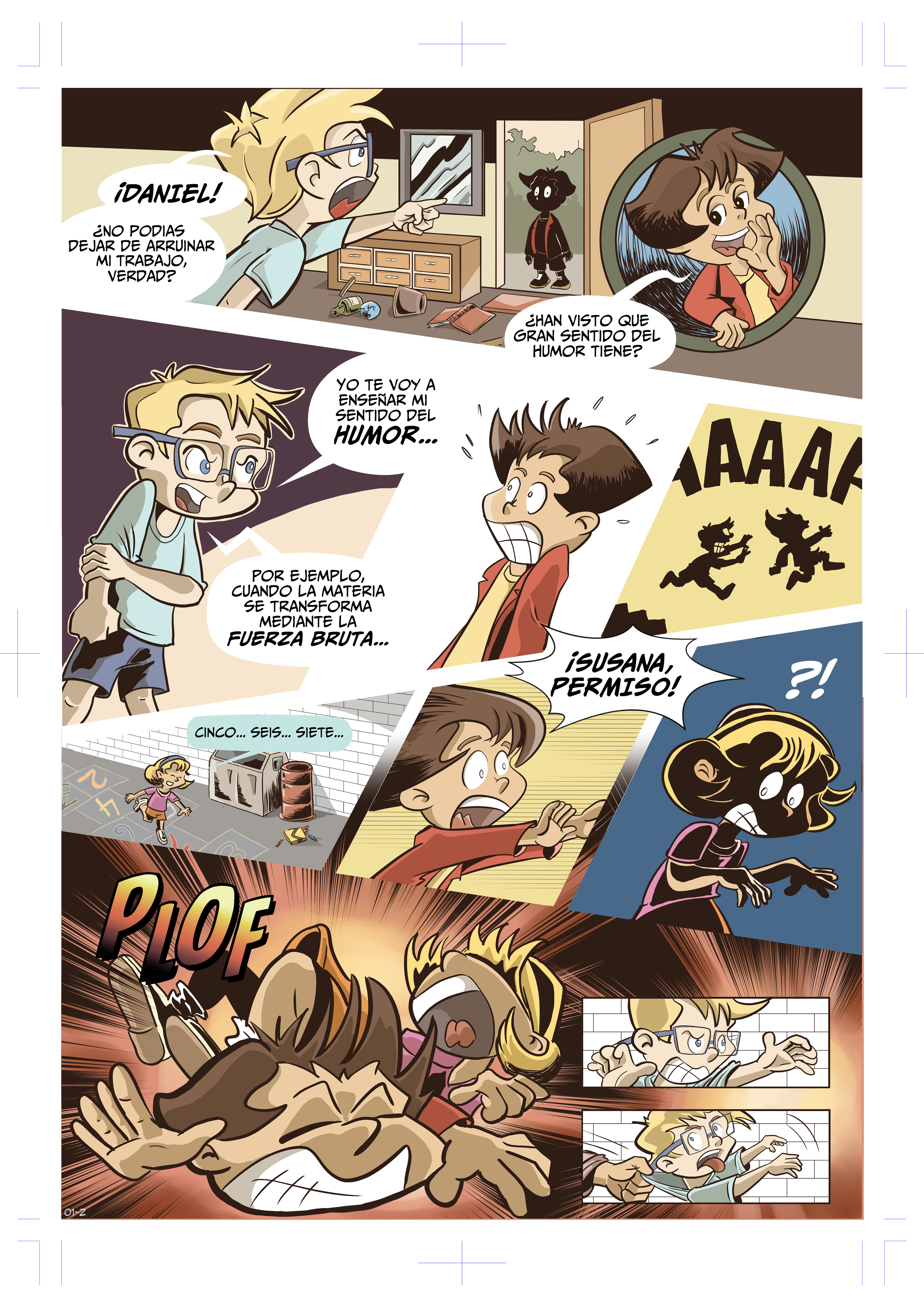 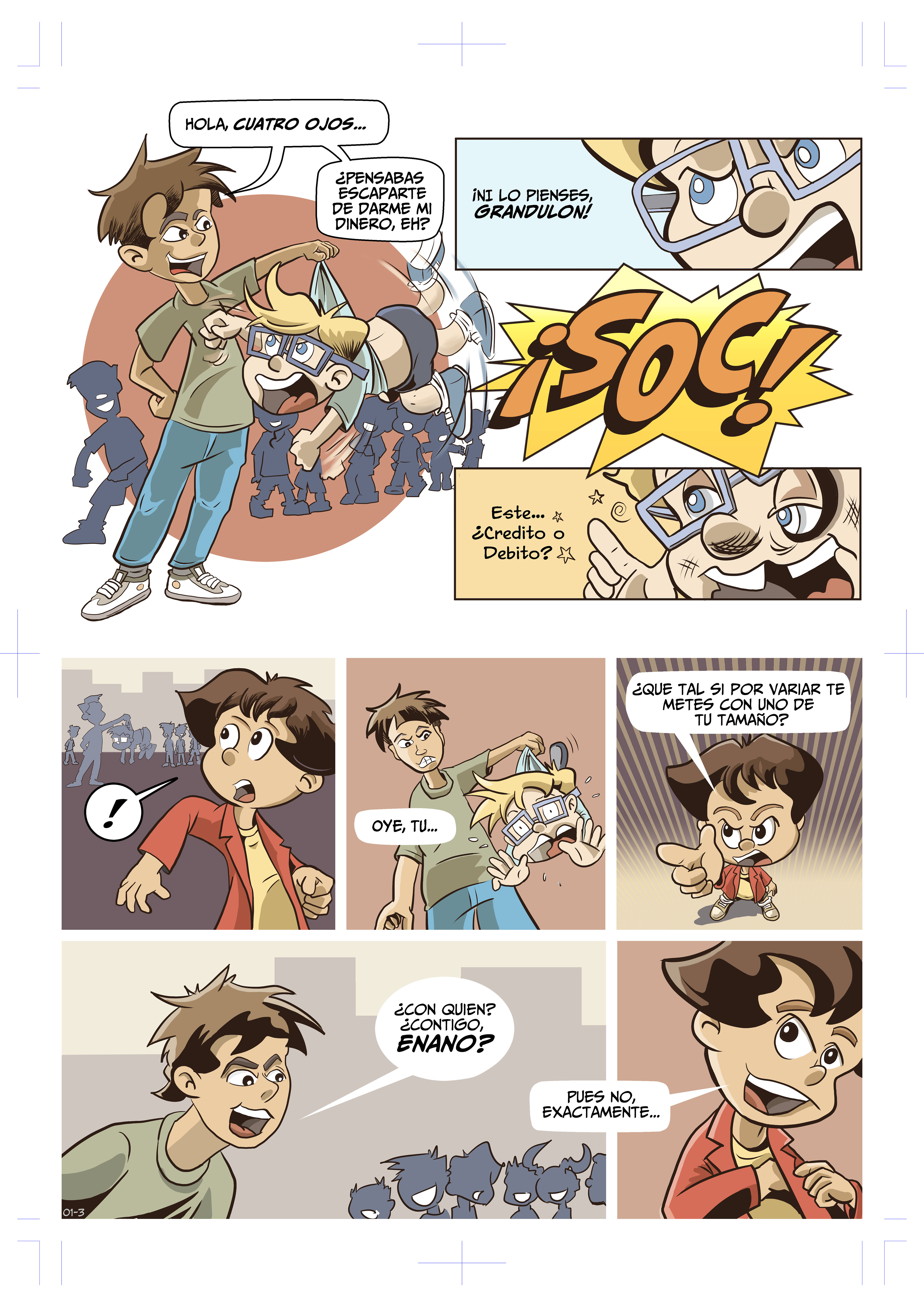 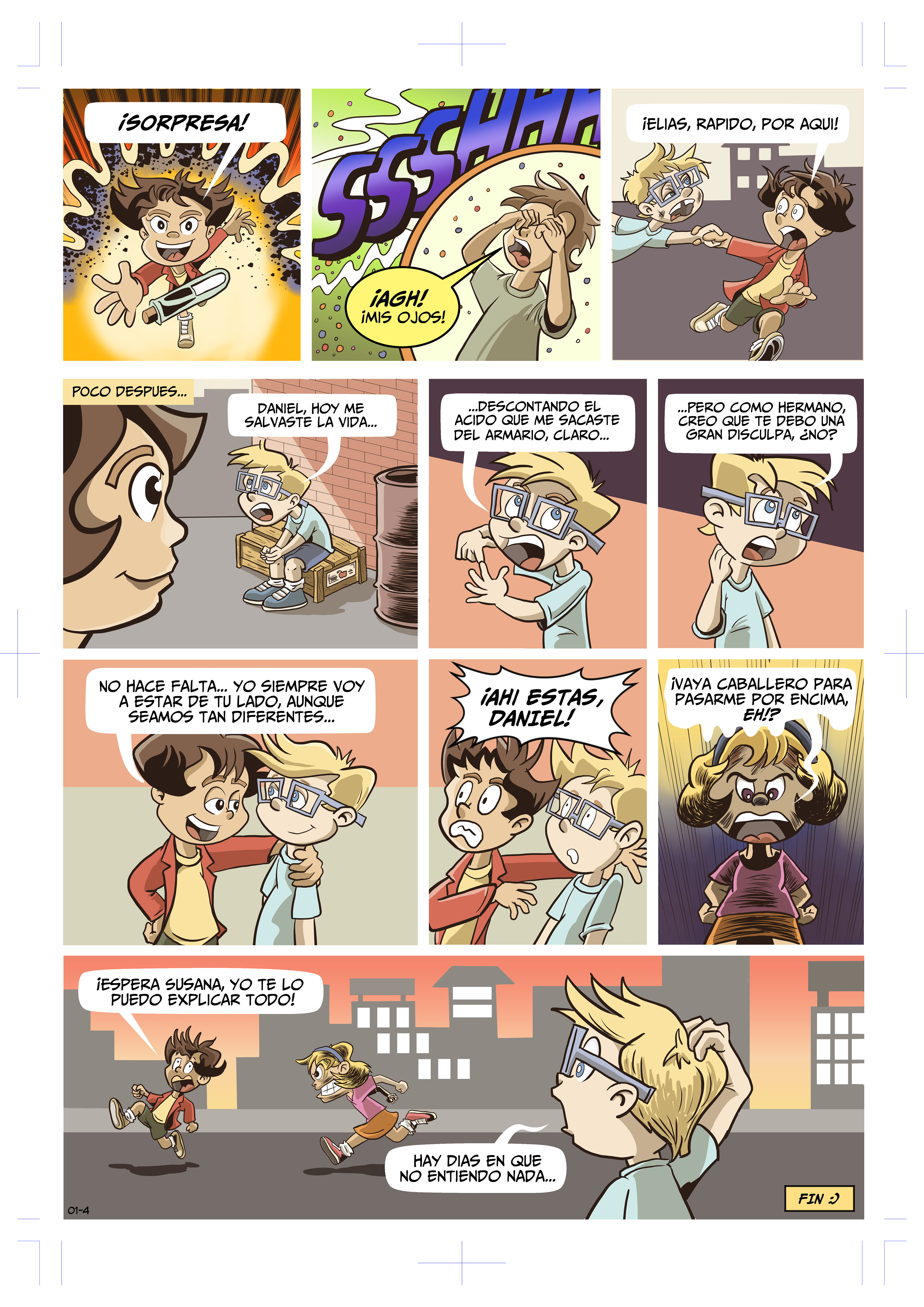 The kids have also made international inroads, in this French-language mini comic about Costa Rica I designed to give away at the Angoulême Comics Festival in 2016: 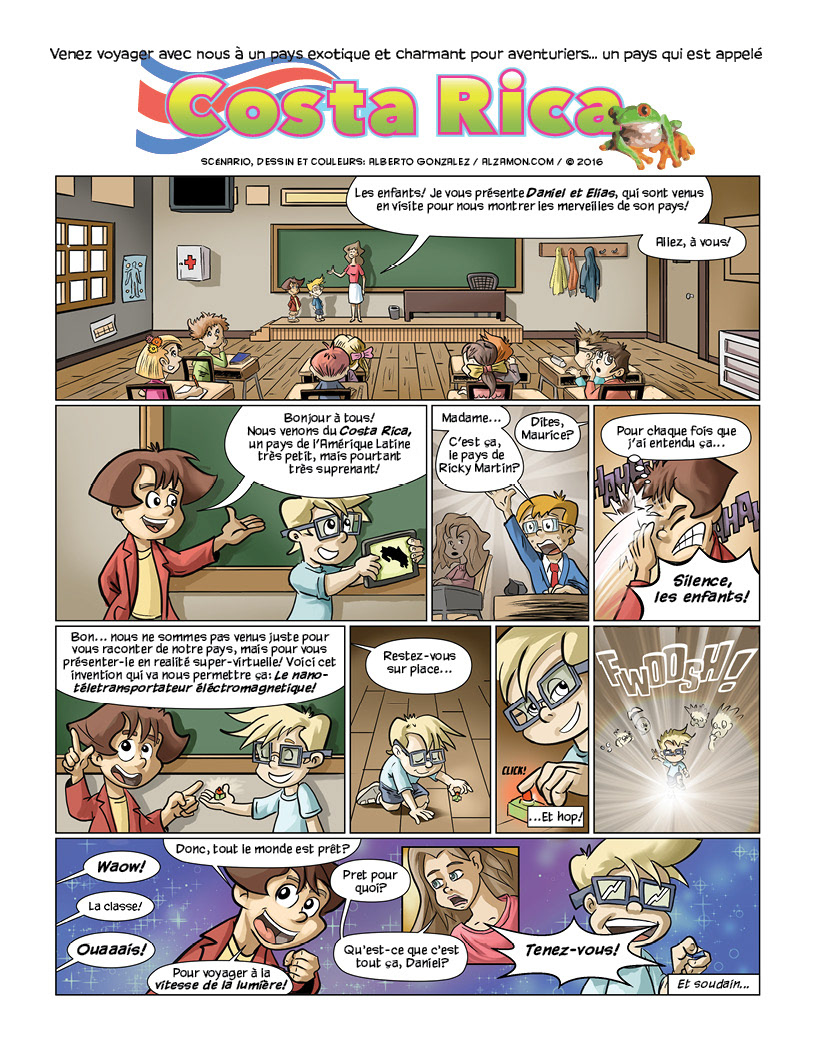 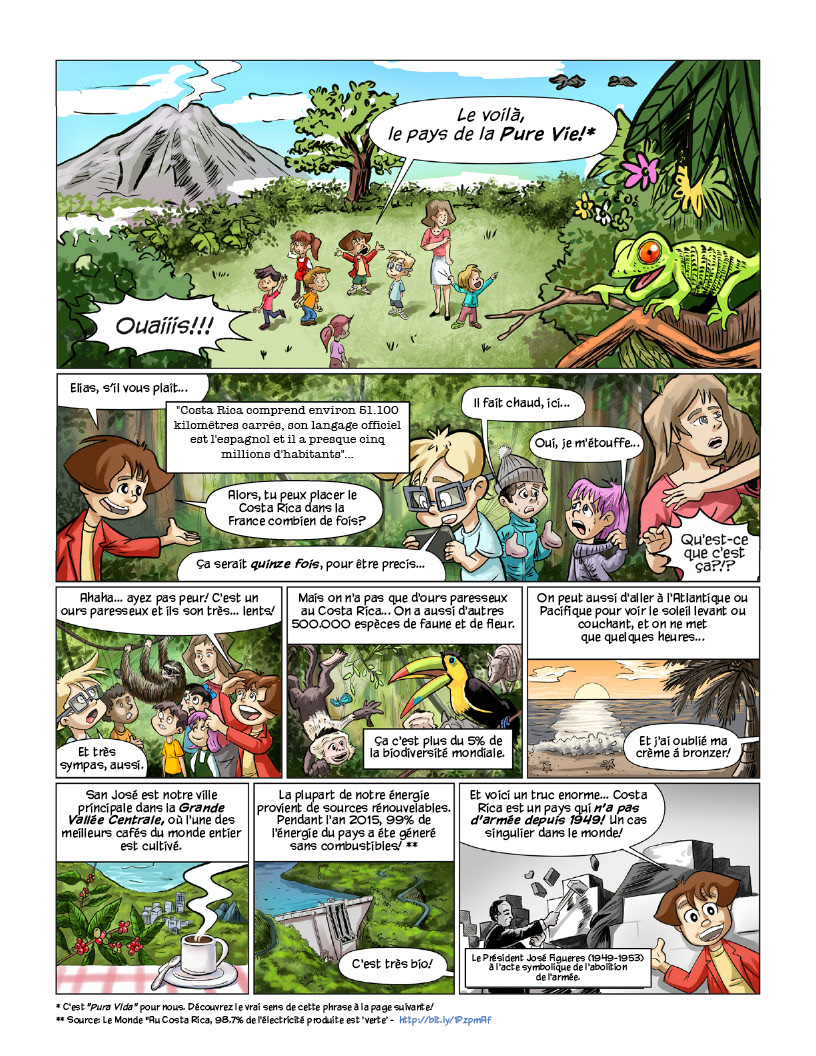 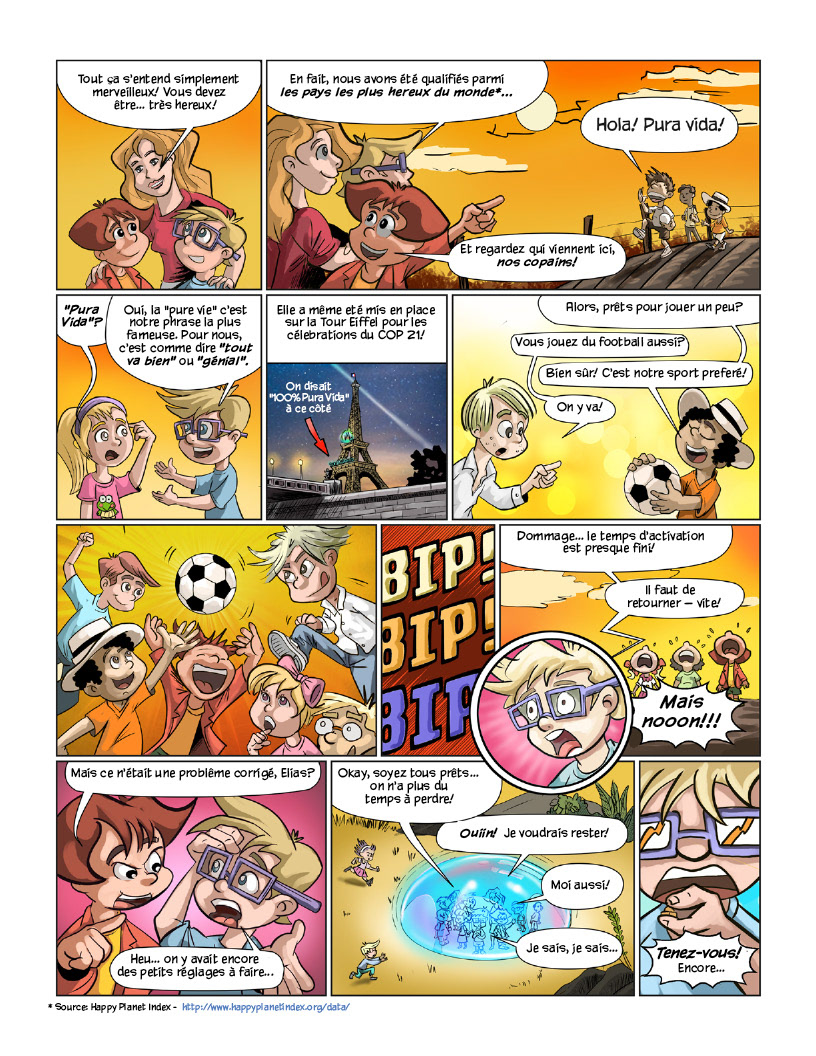 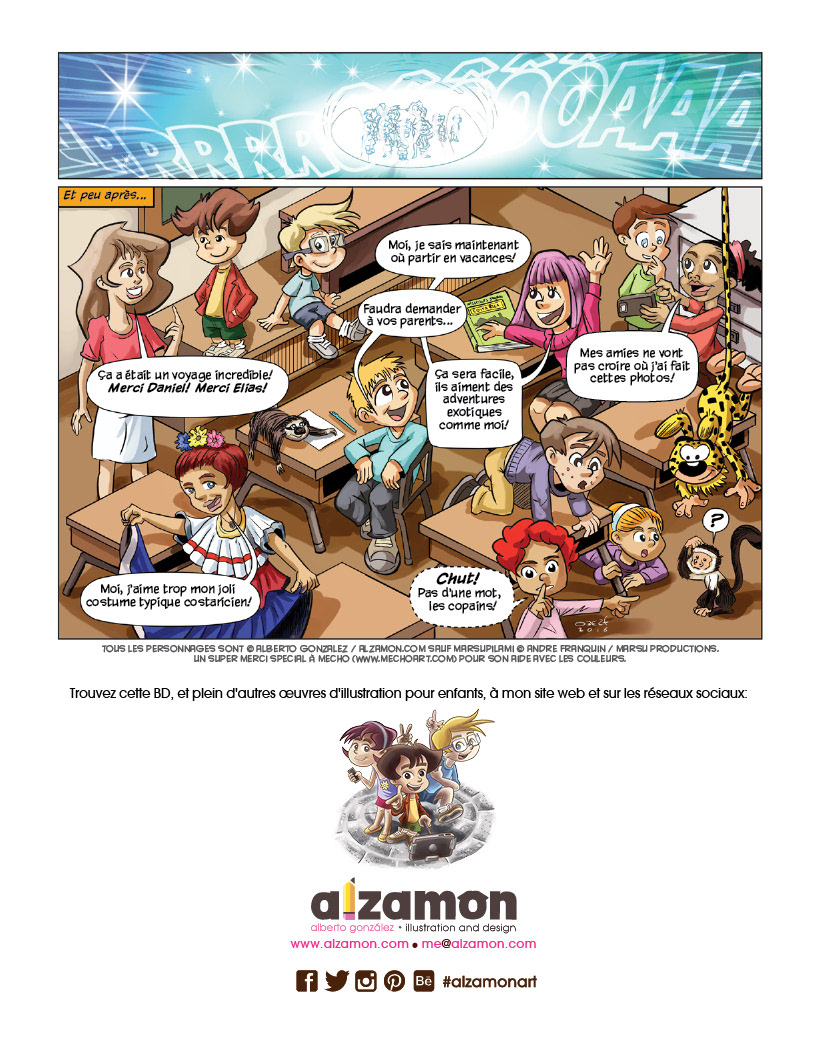 Some other Daniel & Elias single pages I've done over time. I am still looking for the ideal story setting for these characters, hopefully to release a book someday. 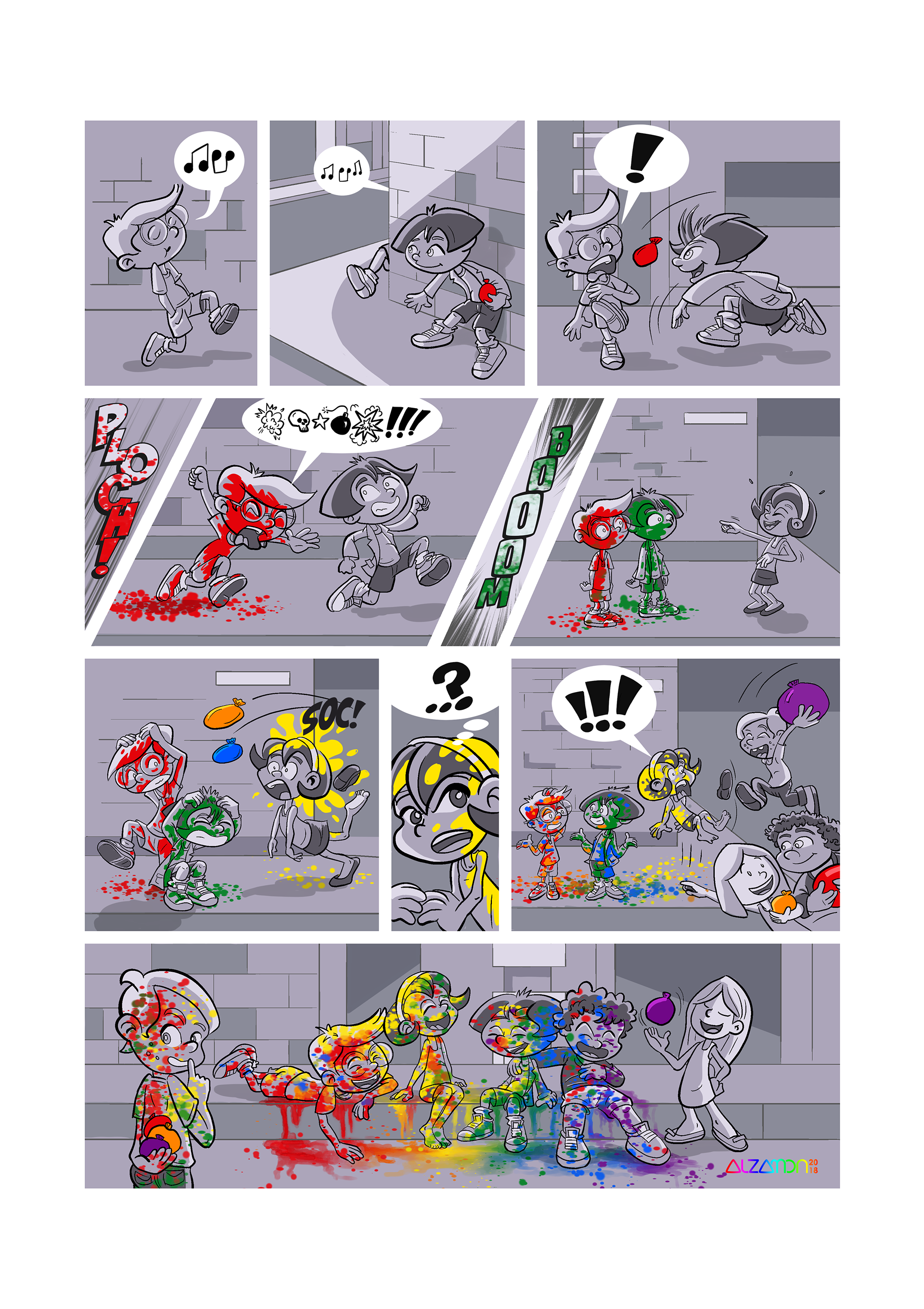 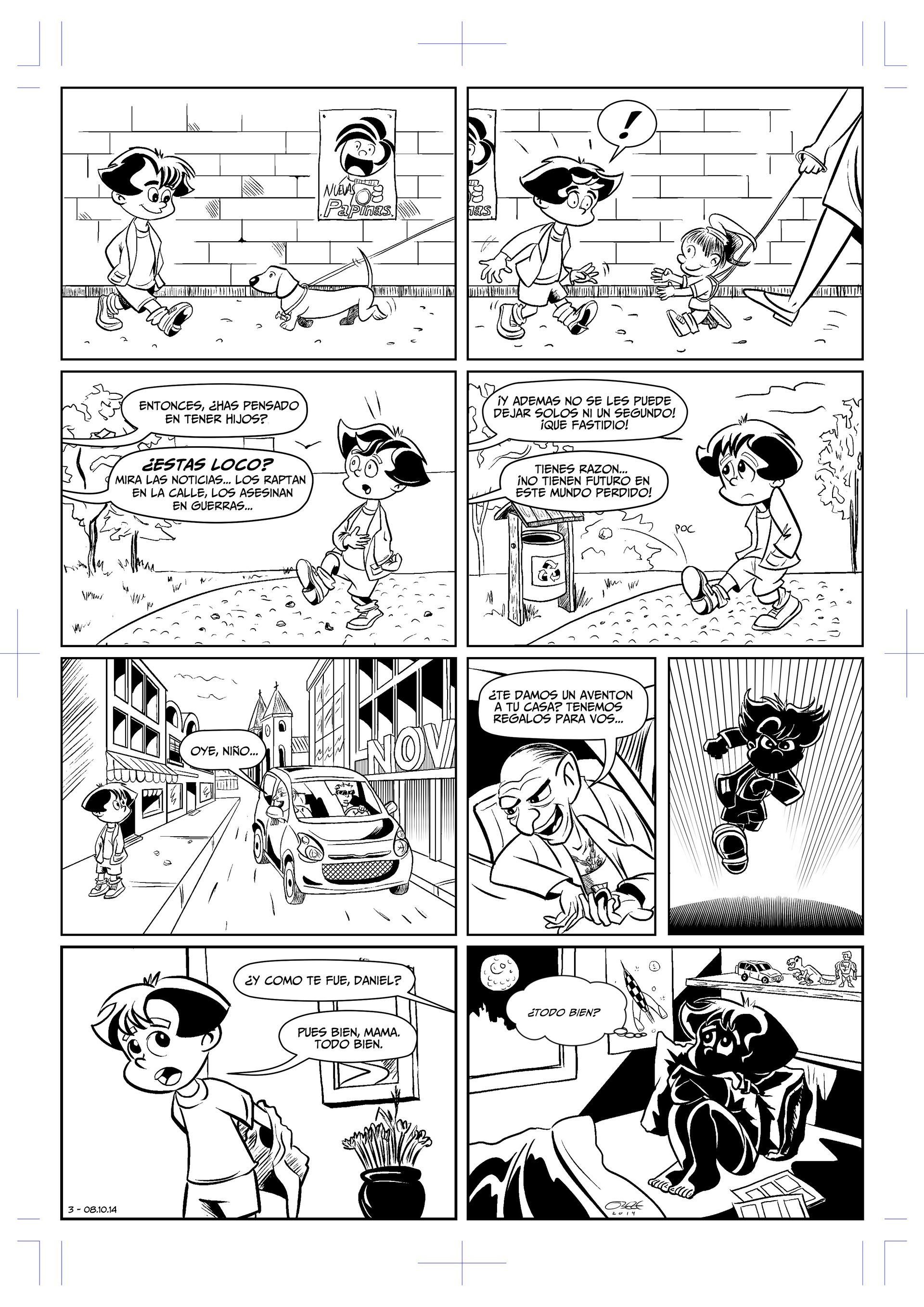